On October 20th, the Seattle Jazz Fellowship will begin its series of “Fellowship Wednesdays” at Vermillion Art Bar and Gallery. You can learn more about the series and how you can support this organization by visiting the website at www.seattlejazzfellowship.org – see you there!

Swinging Into Summer And Beyond

Join me on August 9th and 10th where I’ll be appearing with Ari Joshua’s band, featuring Delvon Llamar for two nights of funky music in the newly re-opened Jazz Alley. I’ll be back at Jazz Alley the following week with Marc Seales’ band on August 17th and 18th. And if a picnic in the park is more your vibe, you can catch my band at The Lodge at St. Edwards State park on September 1st.

Starting September 20th, I’ll be hosting a new jam session at the Royal Room every Monday at 9:00 PM. PLEASE COME JAM WITH US!

Last July, during the “Heat-Dome,” I managed to gather Ted Poor, Eric Revis and Orrin Evans into the studio for a two-day recording session. We were also joined by Skerik and Johnaye Kendrick and the result was inter-stellar to say the least! Look for this new project early next year.

Looking forward to October, my good friend and brother Ray Vega and I will reunite once again for another East-West Trumpet Summit. This time we will be joined by Roy McCurdy on drums for a performance at the Bellevue Jazz Festival followed by a day in the studio for the third Trumpet Summit album. This one is sure to be a swinging affair!

When the pandemic ends and quarantine restrictions ease, where will our jazz community get back into the swing of things? This is a question I have been asking myself for the past year. With no full-time jazz club hosting local artists on a nightly basis, we don’t have much to come back to. With that main interest in mind, I’ve decided to start a 501(c)3 non-for-profit corporation called the Seattle Jazz Fellowship. Our mission is to operate a performing arts space where we will host live shows, run a mentorship program, and host programs dedicated to enriching our jazz community. My hope is that there will be a place in the fellowship for everyone who wants one. As of this writing, it is fully formed on paper and we are going to start fund-raising soon so we can be ready when the pandemic ends. For more information, and to find out how YOU can get involved, please visit www.seattlejazzfellowship.org.

Hi friends – take a look at my new video! I wrote this composition a while back but always wanted to record a version where I play all the parts. Since we have plenty of time on our hands right now I decided to go for it and I think it turned out pretty well! Take a look:

THE TRUMPET SHIP HAS ARRIVED!

My new album, TRUMPET SHIP, is now available on Origin Records! In these trying and uncertain times, I encourage you to take a break and journey through time and space with me. Available on CD, LP or MP3 everywhere music is sold, downloaded or streamed. (Or just follow the links below.) Thanks for your support – Thomas

Any format from Amazon HERE. 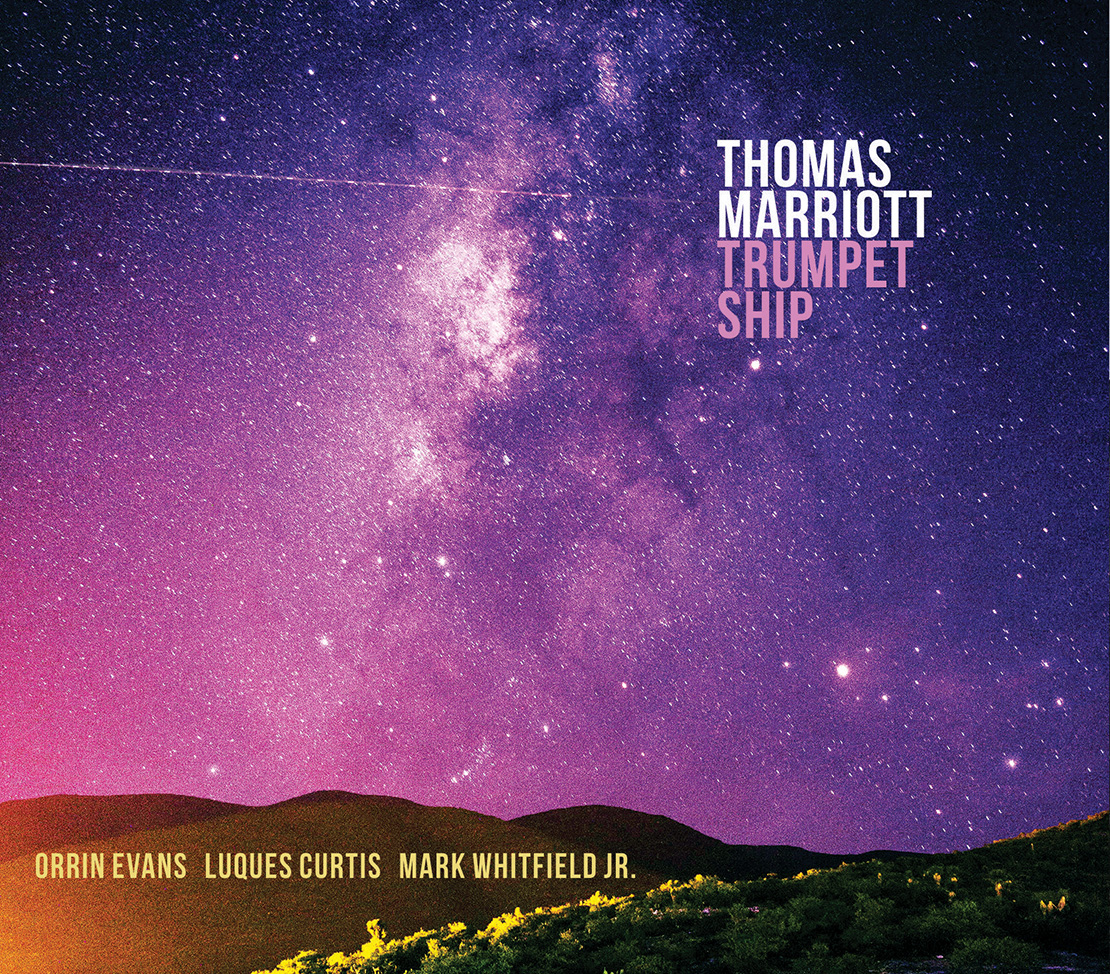 I’m pleased to announce that in  March 2020 “Trumpet Ship,” my 12th album as a leader on Origin Records, (and my 1st vinyl LP!) will be released. Look for it everywhere good music is sold! 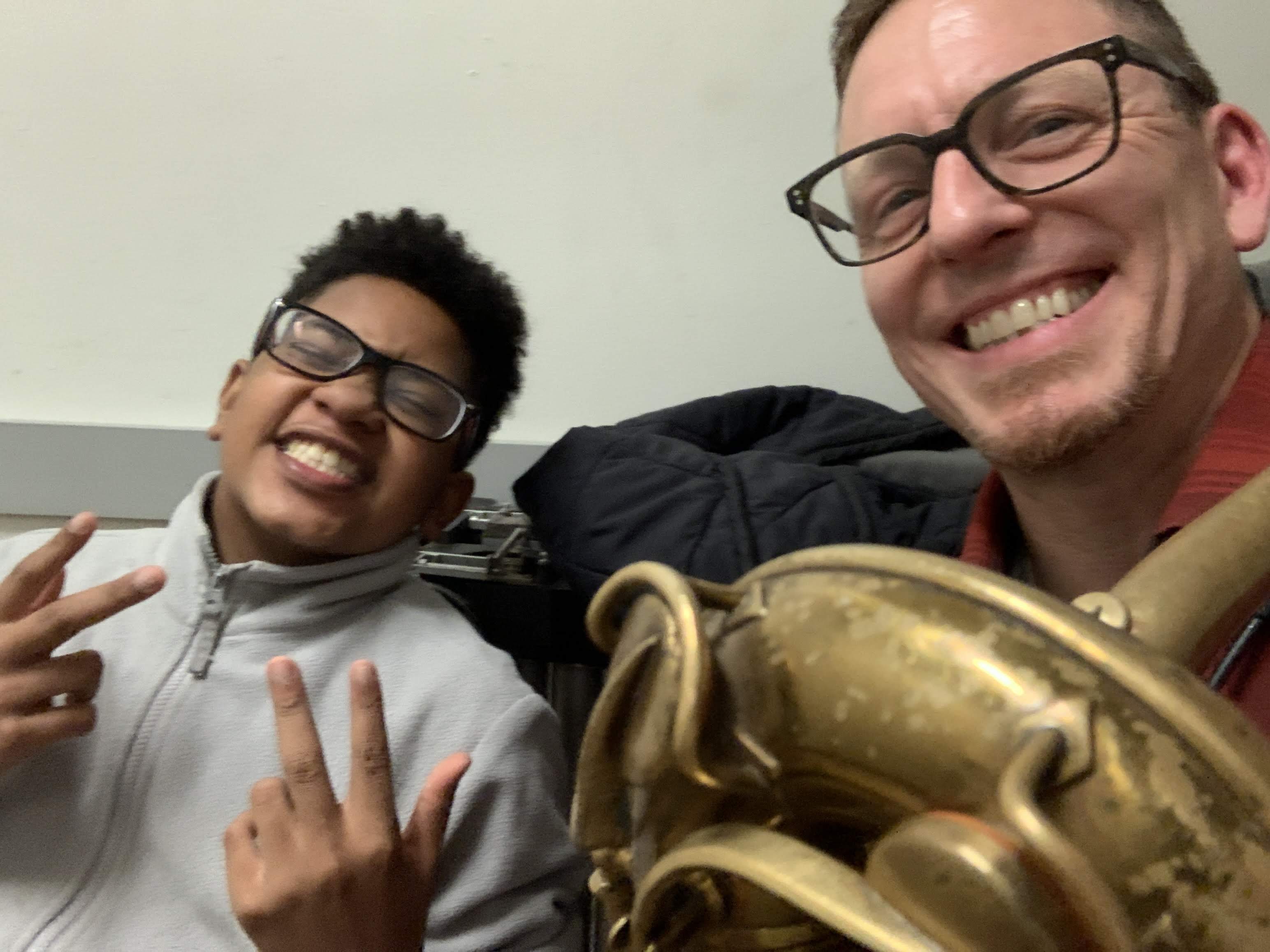 On October 26th, I’ll be playing the Royal Room with a trio of incredible musicians from Philadelphia as part of the Earshot Jazz Festival. Joining me are bassist Mike Boone and his 14 year old son Mekhi on drums along with tenor saxophone titan Victor North. I’m looking forward to bringing these fine folks out from Philly where I’ve had the great pleasure of playing with them. Join us on October 26th – ticket information HERE.

On The Closing Of Tula’s Jazz Club:

It’s taken me a while to collect my thoughts on the imminent closing of Tula’s Jazz Club. Here’s my best effort:

I played my first gig at Tula’s Jazz Club in 1996. My brother and I had a band that played there every Monday night. You could smoke at the bar back then, but I wasn’t quite 21 yet. Over the 20-plus years that followed, I learned almost every aspect of being a professional jazz musician from working gigs at Tula’s. Not only was I able to develop my skill as a musician, sideman and bandleader, I also learned how to communicate with the audience, negotiate pay with other musicians and with management, effectively promote shows, and present other artists. Tula’s was a big part of my jazz education, and the skills I developed there have allowed me to have something of a career beyond Seattle.

The proper place for jazz music has always been the nightclub, where you can get right in the musician’s face. I know not everyone had a perfect experience at Tula’s (customers and performers alike), but for the jazz fan who arrives in Seattle with an itch for the journey that live jazz performance is – where do we send them? For more than twenty years, you could reliably say “Tula’s,” and know there would be jazz on the stage. It’s the only place in town that could make that claim. Some clubs have jazz, but only some of the time. They do that for lots of reasons, some of them financial. Tula’s had jazz – all of the time. Was all of it great music? No. But that’s what you get in a community – some people working their way up, some people keeping the bar high, and everything in between.

Tula’s was one of the last venues where being local was an asset, rather than a liability. Tula’s charged a cover that reflected their appreciation and value for the music, and for the musician. My fans always knew they could find me at Tula’s, even if some of them wouldn’t go there. If you worked at Tula’s as a sideman, they would probably give you an opportunity to have a night of your own. Some people were ready, some weren’t, but Tula’s gave them the grace and the space regardless. That’s our traditional form of learning and getting better, sometimes known as “paying dues” – which has become harder and harder to do these days due to lack of opportunity. Venues where the “up-and-comers” and the “elders” share equal space facilitate this. Tula’s was that place for us.

Being a musician in the current day is incredibly hard – we rely mostly on each other to make things happen. With Tula’s as a willing partner, I was able to reciprocate the kindness other musicians showed me by facilitating gigs in Seattle for some world class talent. I’m grateful to say I was able to arrange gigs for Bobby Shew, Joe Locke, Spike Wilner, Brian Lynch, Bill Watrous, Orrin Evans, Gary Smulyan, Stafford Hunter, Doug Beavers, David Gibson, Victor North, Eric Revis, Ralph Peterson, Ray Vega, Bobby Porcelli, Calixto Oviedo, Travis Shook, Alan Jones, Luques & Zaccai Curtis, Chris Beck, George Colligan, Cory Weeds, Darrell Grant, Essiet Essiet, & Roy McCurdy at Tula’s (not to mention countless incredible resident artists. With Tula’s partnership, these musicians had a place to play in Seattle, and our community members had the opportunity to play with and learn from them.

I know there were lean(er) years at Tula’s. In the early 2000’s, Mack Waldron, Tula’s owner and proprietor, repeatedly offered to sell me the club. Eventually he offered to give it to me, and I know I wasn’t the only one he made that offer to. After Jason Moore took over the management, Tula’s did much better – they were in the black and made a little money. Like the musicians who played there, it wasn’t a lot of money. Definitely not enough money to get by in the new Seattle. But also like the musicians who played there, it was never really about the money. It was about music, community and fellowship. So few people are willing to make that journey with us. We owe Mack and Jason a huge debt of gratitude for giving us their time, energy and love for so many years.

If you’re a working musician, you don’t go to an office every day to get your work done, but for many of us in the jazz community, Tula’s was our office. There wasn’t a “green-room,” but there was a large round table at the back of the dining room reserved for musicians. It was like a family table and you could always drop in and see a few family members gathered around it. Beyond work, Tula’s was a part of my real family experience. My parents were steady regulars at Tula’s, not just at my own shows but many others as well. They were such a constant presence, the club always seated them at “their table,” and after he died, a plaque was placed on the wall in my father’s honor as “The Bopfather” of Tula’s. It’s strange to think that spot won’t exist any more.

Tula’s was home to the annual jazz musician’s Christmas Party and hosted many memorials when one of our own passed away. I learned how to drink, how to drink too much, and how to be sober while working gigs at Tula’s. I saw my father alive for the last time at Tula’s. It’s a real part of my personal journey, good and bad. All of this is due to the hard work and dedication of Mack Waldron and Jason Moore. While I’m sad that Tula’s time is over, I’m incredibly grateful for the endless hours of hard work they put into the venue so we could have a place to work, play, laugh and cry. I’ll miss it. I also know the community Tula’s was so central to will go on without the club, and I look forward to what comes next.

I’m playing with my band at Tula’s August 9 & 10, with my final performance there on September 14th. Please join us.