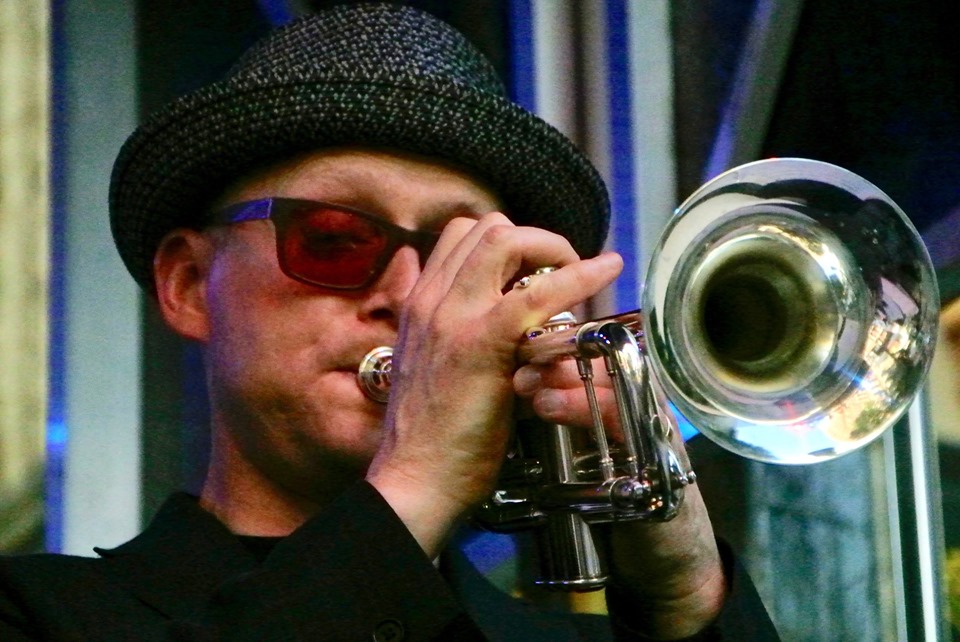 Jazz trumpeter, composer and producer Thomas Marriott is a veteran of the national jazz scene who’s earned eight Golden Ear awards, produced 13 albums as a leader for Origin Records, and toured with greats like Maynard Ferguson and Roy McCurdy, as well as contemporary jazz artists like Orrin Evans and Joe Locke.

The 1999 winner of the Carmine Caruso Jazz Trumpet Competition, Marriott is a true but subtle innovator with a luxuriously round tone, a unique sense of spontaneous and poignant melody, and a penchant for melancholic compositions that evoke an introspective mood. Marriott’s undeniable talent and versatility is the culmination of years of performance with some of the most well-respected names in music.

On the heels of his win of the Carmine Caruso Jazz Trumpet Competition, Marriott moved to New York City where he gained unparalleled experience and national acclaim subbing with groups like the Tito Puente Orchestra, Chico O’Farrill Orchestra, and most notably, Maynard Ferguson’s Big Bop Nouveau Band—whom he joined for three world tours as a jazz soloist. Since, Marriott has continued to work on the road and in the studio with a range of artists such as Mike Clark, Rosemary Clooney, Ivan Neville, Eric Reed, Stix Hooper, Spanish Harlem Orchestra, Liv Warfield, Steve Wilson, Charlie Hunter, Brian Lynch, Deltron 3030, Michael Feinstein, and many more.

Marriott returned to his native Seattle in 2004 and has since released 13 albums for Origin Records, three of which made the top-ten on national jazz radio airplay charts, including the 2009 release East-West Trumpet Summit, which made it all the way to number one.  Marriott’s music has also been featured on NPR’s “Morning Edition” and has gained critical praise world-wide, including the 2010 release Constraints and Liberations which garnered 4 ½ stars in Downbeat Magazine.

Alongside his profound experience on-stage and in the studio, Marriott also works in the local jazz community as a catalyst and advocate. Marriott has served on the Board of Governors of the Pacific Northwest Chapter of the National Academy of Recording Arts & Sciences and the Board of Directors of Earshot Jazz, produced albums for artists like saxophonist Hadley Caliman and trumpeter Ray Vega, and was a featured soloist with Seattle Repertory Jazz Orchestra for twenty seasons.

In 2021 Marriott founded Seattle Jazz Fellowship, a 501(c)3 non-profit arts organization with goals of building the local jazz community, increasing mentorship and lowering barrier to access the music as a performer and listener. More information can be found here.